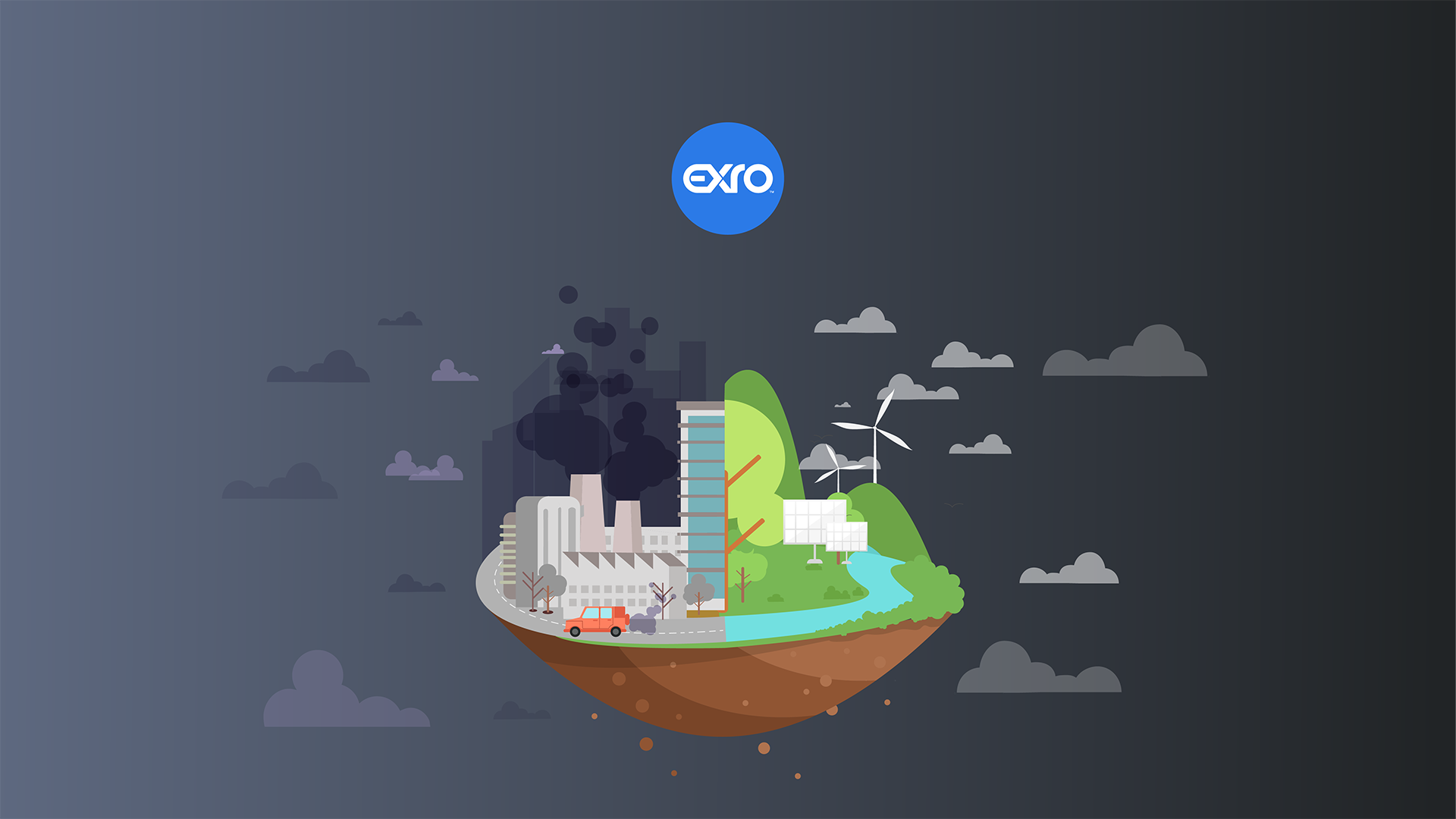 What’s the difference between net zero and carbon neutral? To understand the difference between carbon neutrality and net zero, first we must step back and consider the larger environmental context. The climate crisis underway is among the most colossal challenges humankind has ever had to address. Its solution is nothing short of a global society united in action towards electrification and a sustainable use of our planet’s resources. Governments, corporations, and consumers have begun this process and will need to accelerate their commitment and contributions for this transition to a net zero world to take place.

According to an IEA report, 2020 CO2 emissions came to a total of 33.9 Gt. Electricity and heating, Industry, and Transport make up the greatest share of emissions, with 13.5, 8.5 and 7.2 Gt respectively. It is estimated that by 2030 emissions will need to be reduced to 21.1 Gt so that by 2050 the goal of 0 Gt can be reached. Some areas, such as Electricity and heating will need to be reduced very quickly, from 13.5 to 5.8 Gt by 2030, to -0.4 Gt by 2050. Others, such as Industry and Transport, may decrease emissions more slowly in this decade but will need to accelerate in reduction later.

Numerous efforts will be required to bring about a net zero world. Many sustainability and electrification trends are gaining momentum, for instance, in the realm of fleet and vehicle electrification. But much more attention and investment will be needed. According to IEA, to “reach net zero emissions by 2050, annual clean energy investment worldwide will need to more than triple by 2030 to around $4 trillion.” Both the discourse on sustainability and the efforts associated with it will need to evolve. With this context in mind, we can now better understand the net zero and carbon neutral difference.

There are a number of ways to achieve carbon neutrality and often a combination of methods are required. One common approach is to reduce emissions through the use of renewable energy sources, such as solar and wind power. This can involve investing in renewable energy projects, installing renewable energy technology on a building or facility, or integrating energy storage systems.

Another way to achieve carbon neutrality is through carbon offsetting. This involves funding projects that remove CO2 from the atmosphere, such as reforestation or carbon capture and storage projects. These projects can offset the emissions produced by an individual or organization, effectively neutralizing their carbon footprint.

Net Zero has been increasingly used to describe primarily focusing on absolute emission reductions. After an organization exhausts possibilities to reduce emissions of greenhouse gases across its supply chain, then, it uses other means to offset the remainder of its footprint to achieve a zero balance.

The ultimate goal of net zero is to completely stop the increase in atmospheric greenhouse gases and, ultimately, stabilize the concentration of these gases at a safe level. This is often seen as ambitious yet necessary to limit global warming to 1.5 degrees Celsius above pre-industrial levels, as called for by the Paris Agreement.

Net zero aims to encourage personal and corporate responsibility and challenges companies and individuals to prioritize reducing their own emissions before anything else. However, those who set a net zero target may still need to offset any remaining emissions through offset projects, as it is often not possible for companies to completely eliminate their emissions through reduction efforts alone. This may be because they have already exhausted all possible reduction techniques within their supply chain.

So, what is the difference between net zero and carbon neutral? Simply defined, carbon neutrality means balancing emissions with removals or offsetting while net zero refers to the focus of reducing absolute emissions within a society or an organization’s supply chain. Although the term “carbon” is often used, it may sometimes include all greenhouse gases depending on the context and particular definition. It is also important to note that while the definitions of net zero versus carbon neutral are closely related but often distinct, the terms have also been sometimes used interchangeably, evidently causing great confusion. Thus, it is a wise idea to look for definitions and context on how terms such carbon neutrality vs net zero are used within reports, news articles, and other content one may come across.

What is the difference in benefits in a carbon neutrality vs net zero approach? In carbon neutrality, the frequently used tools of carbon credits and carbon offsetting are helpful means of channeling funds from large greenhouse gas producers to the development of sustainable projects, giving time for companies as they transition towards zero emissions. One common example of emissions offsetting is through a reforestation project, where trees are planted to absorb carbon dioxide from the atmosphere. The carbon that is absorbed by the trees is considered a "carbon offset" since it compensates for the emissions that were produced elsewhere. According to a study on reforestation and climate change, by planting over 500 billion trees, the authors estimate that we can capture 205 gigatons of carbon, reducing atmospheric carbon by 25%. This would be a significant feat.

In contrast to carbon neutrality, a net zero approach gets much closer to the heart of the issue of sustainability. A net zero approach revolves around organizations examining their own practices and finding ways to decrease their absolute emissions through reducing energy use, increasing energy efficiency, and transitioning to renewable energy sources. Some examples include renewable energy sources such as solar and wind, electrifying vehicle fleets, making better use of batteries through second life applications, among other means. Overall, a net zero approach is beneficial because it goes beyond carbon neutrality by requiring companies to take more aggressive action to reduce their carbon footprint and eliminate their contributions to climate change. Considering these benefits, we can see the subtle but significant difference carbon neutral and net zero approaches have.

What are the main issues with the carbon neutrality vs net zero emissions approaches? A challenge posed by carbon neutrality is that a carbon-neutral organization does not necessarily reduce its overall emissions. Carbon neutrality, for instance, can be achieved by emissions offsetting and purchasing “carbon credits”. A popular way of emissions offsetting is through reforestation projects. While reforestation projects would be a significant means of carbon offsetting, such projects alone would not be sufficient to address climate change nor are they a substitute to actually reducing fossil fuel emissions. An important caveat with reforestation is that trees take many years to grow, mature, and sequester carbon. A study on reforestation and climate change describes, for instance, that reforesting an area the size of the United States and Canada could take one or even two thousand years. And even once trees are planted, the process of reaching maturity can take a century. Thus, a challenge with reforestation efforts is the lengthy amount of time required for trees to absorb significant atmospheric carbon.

The general challenge, of course, is that with the concept of carbon neutrality an organization can increase its emissions within its operations so long as it somehow compensates for them elsewhere such that the net amount calculated is zero. An important concern to be aware of, then, is that this system can perpetuate large-scale production of greenhouse gases, not addressing and reducing industry practices that cause these emissions.

A challenge of a net-zero approach is that it is not standardized and can have very different practices depending on the organization and its intentions. While some organizations are indeed genuinely working towards sustainability, others may continue to delay such efforts and hide behind ambiguous buzzwords like the confusing carbon neutral net zero difference. Ultimately, carbon neutral vs net zero approaches have a similar fundamental issue: The organization must have the right intention. It must want to go beyond the rhetoric of net zero versus carbon neutral, or whatever other phrases, and act to reduce emissions in order to tend to the climate and contribute to a sustainable future. Conscious of these challenges, we can observe the similarity and difference carbon neutral and net zero approaches have.

The Earth is going through a rapid change. The climate is changing, sea levels are rising, and the ice caps are melting. All these changes are happening faster than was predicted and scientists agree that the major cause of this is greenhouse gases (GHG). In the United States, sources of GHGs can be categorized as transportation (27%), electricity production (25%), industry (24%), commercial and residential (13%), and agriculture (11%).

Reducing emissions of GHGs is critical if we want to stabilize the Earth’s climate and prevent further damage. According to IEA’s report, one significant way to reduce emissions will involve providing electricity and clean cooking solutions to the 785 million and 2.6 billion people, respectively, who have no access. Another important way to reduce emissions will involve changes in industrial processes. Globally, almost 80% of GHG emissions come from the burning of fossil fuels and industrial processes.

The transport industry is quickly moving away from fossil fuels and towards electric vehicles. There are many reasons for this, but the most important one is that electric vehicles are much better for the environment.

Renewable energy sources are important for many reasons. First, they are good for the environment because they do not produce emissions that contribute to climate change. Second, they are sustainable, meaning that they can be used repeatedly without running out. Third, they are becoming increasingly affordable as technology improves.

Finally, it is also important to properly dispose of waste and recycle whenever possible. Extraction of raw earth materials are a major contributor to GHG emissions globally and thus responsible use of such materials is very important. Additionally, extending the lifecycle of raw materials through second-life applications and recycling can help mitigate future extraction projects and reduce environmental impacts.

A Sustainability and Electrification Leader

As a clean tech company, Exro Technologies is striving to create products, such as its intelligent EV inverter (Coil Driver™) and battery energy storage system (Cell Driver™), that will spearhead the electrification and sustainability movement. Furthermore, Exro is also trying to reduce its emissions and waste, for example in its Calgary manufacturing facility. In building the facility, Exro made several environmental considerations including usage of a floor plan and materials for efficient operations, solar power usage, and sustainable collection and disposal of its wastewater. Ultimately, this transition to a net zero world will require a transformation in our society’s use of technology and resources. We at Exro strive to exemplify in our words, products, and actions the values we hold for an electrified and sustainable future.