Load shifting is an electricity management technique that shifts load demand from peak hours to off-peak hours of the day. In this article, we explore what is load shifting, its purpose, load shifting vs peak shaving, and battery energy storage systems. 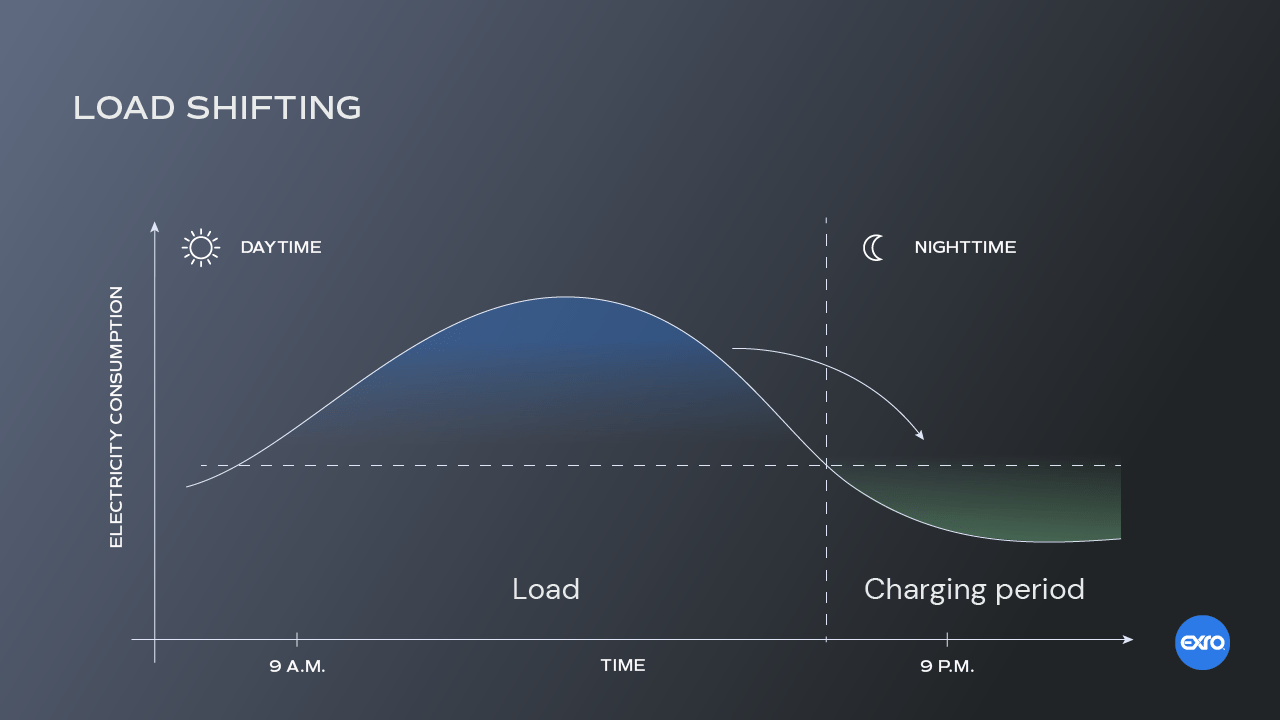 On February 13th, 2021, Texas faced record-low temperatures and snow that lasted for several days. The state’s electric grid operator lost control of the power supply, leaving millions without access to electricity. As the blackout extended from hours to days, state lawmakers and stakeholders called for investigations into the reliability of the electrical grid and an increased focus on technologies and tactics for enhancing the resiliency of the grid.

The implications of climate change are anticipated to be extensive and costly for the electrical system, affecting everything from power consumption to generation, transmission, and distribution. As such, the resilience of the electrical grid is more important than ever because of increased frequency of extreme weather events and increased total system demand.

Grid resilience refers to the electric grid’s ability to adapt to changing conditions, withstand potential disruptive events, and, if disrupted, to rapidly recover. A common technique for balancing grid electrical supply and demand, is load shifting with benefits both for end-users and grid operators.

What Is Load Shifting?

What Is Electrical Load?

The term ‘electrical load’ refers to a device that consumes electricity. The electrical load takes electricity in the form of the current and transforms it into other forms like heat, light, and mechanical energy. The total electrical load varies significantly across geographical locations and is dependent on population density and living standards.

Naturally, most business operations occur during the same time intervals considering the typical Monday to Friday work week. As such, most commercial and industrial users power up their electrical loads during the same time. This culminates demand resulting in an increase in electricity prices across the local grid.

Thus, industrial, and commercial users have come up with a tactic for optimizing power consumption through load shifting. An industrial plant for example can optimize its electricity consumption by running night shifts when system demand is reduced relative to system supply. However, such decisions have business implications that can negatively affect profits beyond the benefits realized through load shifting.

Industrial and commercial user with an on-site Battery Energy Storage System can benefit from load shifting without altering business operations. For example, a manufacturing facility can reduce its electricity bill by charging its on-site battery storage over-night during off-peak hours and utilize that stored energy during the day when electricity market prices peak.

It is important to differentiate between load shifting and peak shaving which is another demand side management technique used for optimizing energy consumption. These concepts are often used synonymously but there are slight differences between them. Peak shaving is a strategy for avoiding peak demand charges in the electrical grid by quickly reducing power consumption during intervals of high demand through renewable energy sources or on-site power generation systems. Load shifting, however, simply refers to the shifting of electricity consumption from the electrical grid to a different time interval. Thus, during load shifting overall electricity consumption remains constant. Differences aside, load shifting, and peak shaving have something critical in common; the benefits of both tactics are amplified when coupled with Battery Energy Storage Systems.

With Exro’s Energy Storage System, the Cell Driver™, users can realize all the common benefits, including bi-directional communication with the grid, peak shaving, and load shifting. However, Exro’s Battery Control System™ utilizes enhanced control capabilities to optimize the charging and discharging based on state-of-charge and state-of-health resulting in safer and smarter energy storage. The enhanced control is critical for industrial and commercial users looking to benefit from load shifting. The micro-protection mechanisms provide peace of mind for industrial and commercial users to operate the Cell Driver™ outside hours of operation without incurring faults. The enhanced depth of control also allows the system to operate without interruptions and with minimal maintenance.