What is the difference between torque vs speed? What is the torque and speed relationship? In this article, we explore not only definitions for what is speed and torque of a motor and how speed and torque are related, but also see how to increase motor torque and RPM with Exro's EV motor controller, the Coil Driver™ . 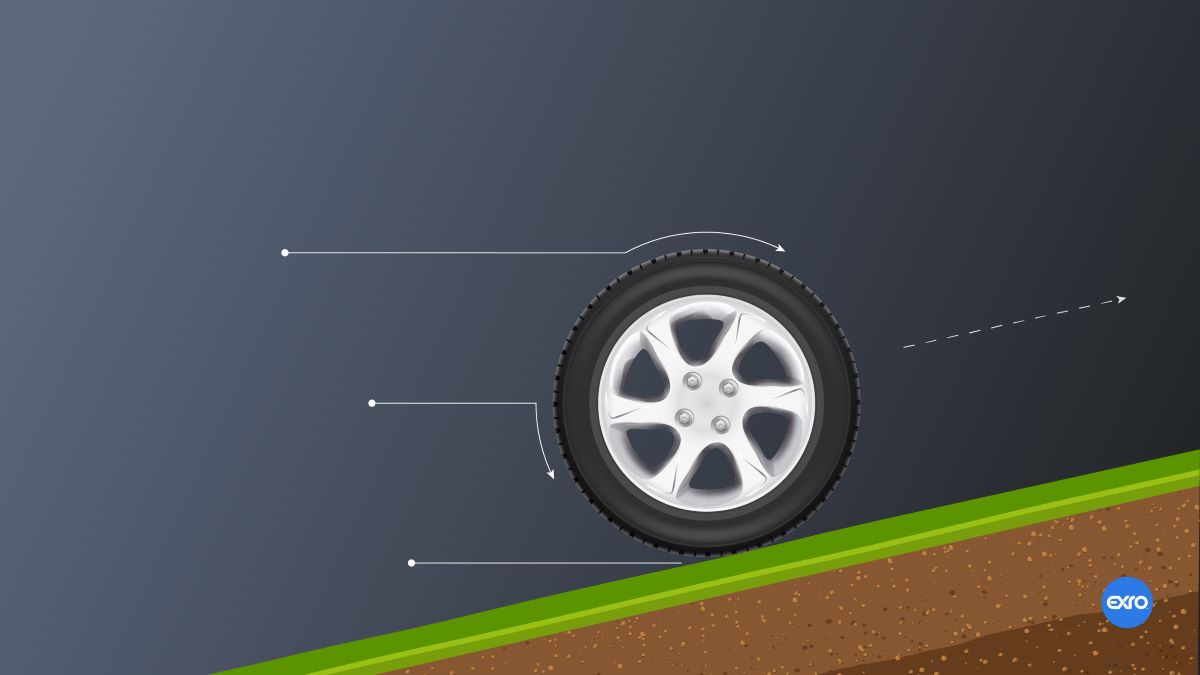 Electric vehicle adoption is accelerating because of technological improvements catalyzed by government policies and incentives, in pursuit of net-zero emissions. In 2020, the global number of electric vehicles reached 10 million, yet they only represent 1% of all vehicles. It is projected that by 2030 more than a quarter of all vehicle sales will be electric worldwide. The barriers facing electric vehicle adoption which include charging infrastructure, range anxiety, and the cost and availability of EV models are well known. However, the fundamental challenge facing the electrification of mobility is the tradeoff that exists between speed and torque.

The torque and speed relationship, a fundamental challenge of e-mobility, is easy to describe but has proven difficult to solve cost-effectively. A vehicle must be able to move around, go up and down hills, stop at a traffic signal, and accelerate on highways, but it also needs to do all this in a reasonable amount of time. A vehicle’s ability to get the wheels into motion, go uphill and accelerate on the highway is dependent on torque. How quickly it can move and the time it takes to travel from one point to another is dependent on speed. So, the fundamental challenge that all EVs must solve is how much torque and speed are required to fulfill the applications that the vehicle is designed for. This is complicated by the fact that speed and torque are inversely related. This is the challenge of the torque and speed relationship.

How Speed and Torque are Defined in an Electric Motor

The speed of a motor is defined as the rate at which the motor rotates and is measured in revolutions per minute, or RPM. In other words, the speed is defined as how many times the motor spins in 1 minute.

The torque output of a motor is the amount of rotational force that the motor develops and is measured in Newton-meters, or Nm. Simply put, torque is the twisting force of the motor but can be more difficult to understand than its counterpart speed, so let us take a deep dive.

Three Factors Govern How Much Torque is Required

Grade resistance is the gravitational force that pulls the vehicle back when it is climbing an inclined surface. The steeper the incline/hill, the more force/torque the motor needs to make the climb.

Acceleration force helps the vehicle reach a predefined speed from rest in a specified period of time. The motor torque has a direct relationship with the acceleration force. Better the torque, the lesser the time required by the vehicle to reach a given speed.

The total tractive effort is the total force required to move the vehicle with the desired performance metrics and is the sum of the three forces listed above. So essentially, the amount of torque a motor will need to put out is determined by how much friction a vehicle has with the road, how much uphill and downhill travel is required, and how quickly a driver would like to go from zero to full speed.

Torque and Speed Relationship: An Analogy

What is a simple way to understand the torque and speed relationship? Imagine a scenario where an individual has been asked to hammer a long nail into a wall. How many times the individual strikes the nail on the head in one minute is the speed, how hard each contact is with the nail, is the torque. However, the individual has a limited amount of energy, and increasing the force on each strike, or increasing the number of strikes per minute would result in higher energy consumption and would cause the individual to tire out faster.

Now, let’s define two hypothetical situations, where in the first scenario the objective is to maximize the number of strikes per minute and a second scenario where the objective is to strike the nail once, as hard as possible. In the first scenario the individual would have to maintain a short distance between the nail and the hammer, and essentially wiggle their arm to record the highest number of hits. In the second scenario, the individual would have to give a full swing to achieve peak force.

The two scenarios illustrate the inverse relationship between speed and torque and the limitations that exist when the objective is to maximize both. Based on the individual’s overall strength, or the power rating of the motor, speed and torque must be balanced to achieve the designated applications.

What Is The Torque and Speed Relationship?

In an electric motor, the torque and speed relationship is defined by the formula: mechanical power equals the speed multiplied by the torque. The torque and speed relationship is inversely proportional since the rated output power of a motor is a fixed value. As output speed increases, the available output torque decreases proportionately. As the output torque increases, the output speed decreases proportionately. Although speed governs the maximum speed of an electric motor, having more torque enables the system to reach top speed in less time. The dynamic requirements for the intended application will determine whether it is better to have more torque or more speed.

How Do Electric Vehicle Manufacturers Trade Off Speed and Torque?

There are a few common ways in which electric vehicle manufacturers today try to handle the torque and speed relationship.

To oversize a motor means to select a higher power rating than necessary to ensure that the vehicle can operate across the entire range of applications. However, oversized electric motors have a higher initial cost, higher operating cost, and lead to energy waste.

Using a 400kW motor at full power for an application that can be achieved with a 200kW motor at full power, will give good results as far as running the application is concerned, but will consume more electric power and thus drain the battery faster, reduce the vehicle range, and require higher power rated components that will further drive costs and reduce system efficiency. This is one current way in which EV manufacturers handle the torque and speed relationship.

Vehicle manufacturers can also increase the power output of the system by incorporating multiple motors into the system to expand the operating range and balance the tradeoff between speed and torque. EV manufacturers use multiple motors for higher performance, optimal mechanical packaging, and enhanced traction at a price premium. Companies have traditionally chosen a two-motor configuration with an induction motor and a permanent magnet (PM) motor. The PM motor is typically used by the vehicle for range and efficiency, but the induction machine engages when the vehicle must accelerate quickly. An induction motor’s benefit is that it has minimal torque for freewheeling, which means that if it is running behind and not being utilized, there will be minimal losses. There are also vehicles with 3 and 4 motor designs that offer superior performance, in addition to other benefits such as better handling and traction.

This approach to handling the torque and speed relationship also has its disadvantages. Multiple motor designs have their caveats. Additional motors cost more and increase the system weight. Additionally, the necessity for a larger battery, higher power rated components, and the higher energy consumption of several motors further increases system weight and cost. The combination results in either reduced driving range or higher total cost of ownership.

Another solution for striking the right balance of torque and speed for a given application is to incorporate a mechanical gearbox. A mechanical gearbox is a device used to increase the output torque or to change the speed of a motor. A gearbox consists of a series of integrated gears that alter torque and speed between the electric motor and a load, based on gear ratios.

A mechanical gearbox has a long service life and supports enormous strength; however, gearboxes have a high cost and are heavy relative to other components in a vehicle. There is also a loss of efficiency when power is transformed through mechanical components. These factors lead to lower overall system efficiency and higher cost associated with additional components. This is another approach to managing the torque and speed relationship in EVs.

Accepting the Torque vs. Speed Tradeoff

Another alternative to the fundamental challenge of balancing speed and torque is to accept the system limitation when it comes to certain applications. A racing motorcycle, for example, is designed for performance and thus can achieve extraordinary speeds but is incapable of hauling an RV, as it does not have the required torque for that application. A semi-truck on the other hand, is optimized for high torque and can pull an excessive amount of weight but cannot reach the high speeds that a passenger vehicle can. Devoid of better technological solutions, manufacturers sometimes simply accept the limitations of the torque and speed relationship.

A New Solution to the Torque vs. Speed Tradeoff: Coil Driver™

A new means of managing the torque and speed relationship exists in the technology of the Coil Driver™. Equipped with advanced power electronics, the Coil Driver™ can drive any AC motor with increased performance in a wide range of applications up to peak power and offers a modern solution to the tradeoff between speed and torque. Exro’s Coil Driver is a new dynamic controller that enables multiple power settings in a single motor. This controller replaces the standard controller of an electric motor and effectively creates an intelligent electronic gearbox inside the motor. This is achieved by enabling two operating modes within a single motor, one optimized for low speed, high torque and the other optimized for high speed, low torque. The Coil Driver™ optimizes a motor in real-time, seamlessly and under demand, which allows for efficiency optimization for each operating mode, resulting in smarter energy consumption, better performance, and lower system cost.

Exro Technologies has also unveiled a new application for its patented Coil Driver™ technology that has the potential to dramatically reduce the cost and complexity associated with deploying electric vehicle infrastructure at scale. The Coil Drive Charger removes the onboard charger, removes the external AC/DC rectifier, enables universal AC fast charging, and adds vehicle-to-everything (V2X) capabilities.

The technological advancements at Exro Technologies not only tackle the fundamental challenge of the torque and speed relationship in electric vehicles, but also mitigate the barriers associated with EV adoption.